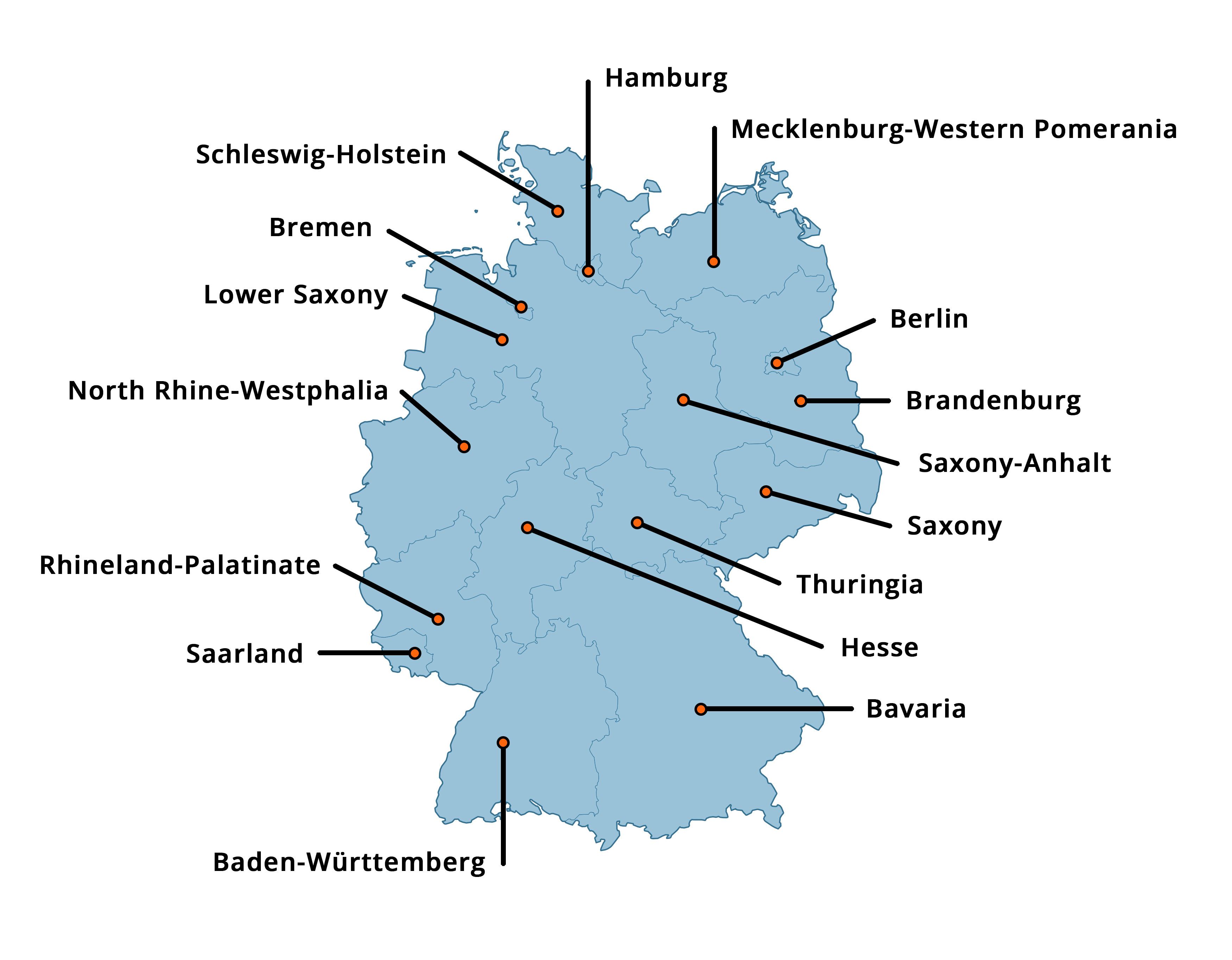 Created on the basis of the map of Germany (Wikimedia Commons)
©

The Federal Republic of Germany is characterised by its federal structure comprising 16 federal states (Länder).

Article 30 of the Basic Law (Grundgesetz/GG) states: "Except as otherwise provided or permitted by this Basic Law, the exercise of state powers and the discharge of state functions is a matter for the Länder." Article 31 states: "Federal law shall take precedence over Land law."

The parliament – Bundestag – is the legislative organ for the entire Federal Republic. The Länder participate in federal law-making via the Bundesrat. The Bundesrat does not constitute a second chamber with full legislative powers. It is only required to give its assent in the case of certain legislation. It can register dissent from other laws. The Bundestag can dismiss such dissent by a majority vote.

Youth services, as a component of public welfare, is considered a matter under concurrent legislative power (see Article 74 (7) GG) in which the Federation has exercised its regulatory competence.

Book 8 of the Social Code (SGB VIII) defines the corresponding federal framework, which is generally subject to the assent of the Länder. Despite this, within SGB VIII is contained a slew of legal provisos for the Länder which they can apply to regulate the finer details – resulting in Länder laws implementing SGB VIII that can look very different across the federal states. However, responsibility for implementing SGB VIII ultimately falls to the local authorities. These are not directly involved in the law-making process at federal level. The idea is for the federal states to represent the interests of the local authorities in the law-making process. The local authorities also position their interests via the three municipal umbrella organisations (Association of German Cities, German County Association, German Association of Towns and Municipalities).

Of the federal states, there are three city states (Berlin, Hamburg, Bremen) which have no independent municipalities. The non-city states are further broken down into counties, local authorities and independent town/cities. The rules on related actions, which are now found in all state (Länder) constitutions and which permit the Länder to delegate tasks to the local authorities provided financial compensation is furnished, come into force where the Land assigns tasks to the local authorities within its remit. However, the legal framework provided by the financial system leaves the Federation little scope to strengthen local authority purses.