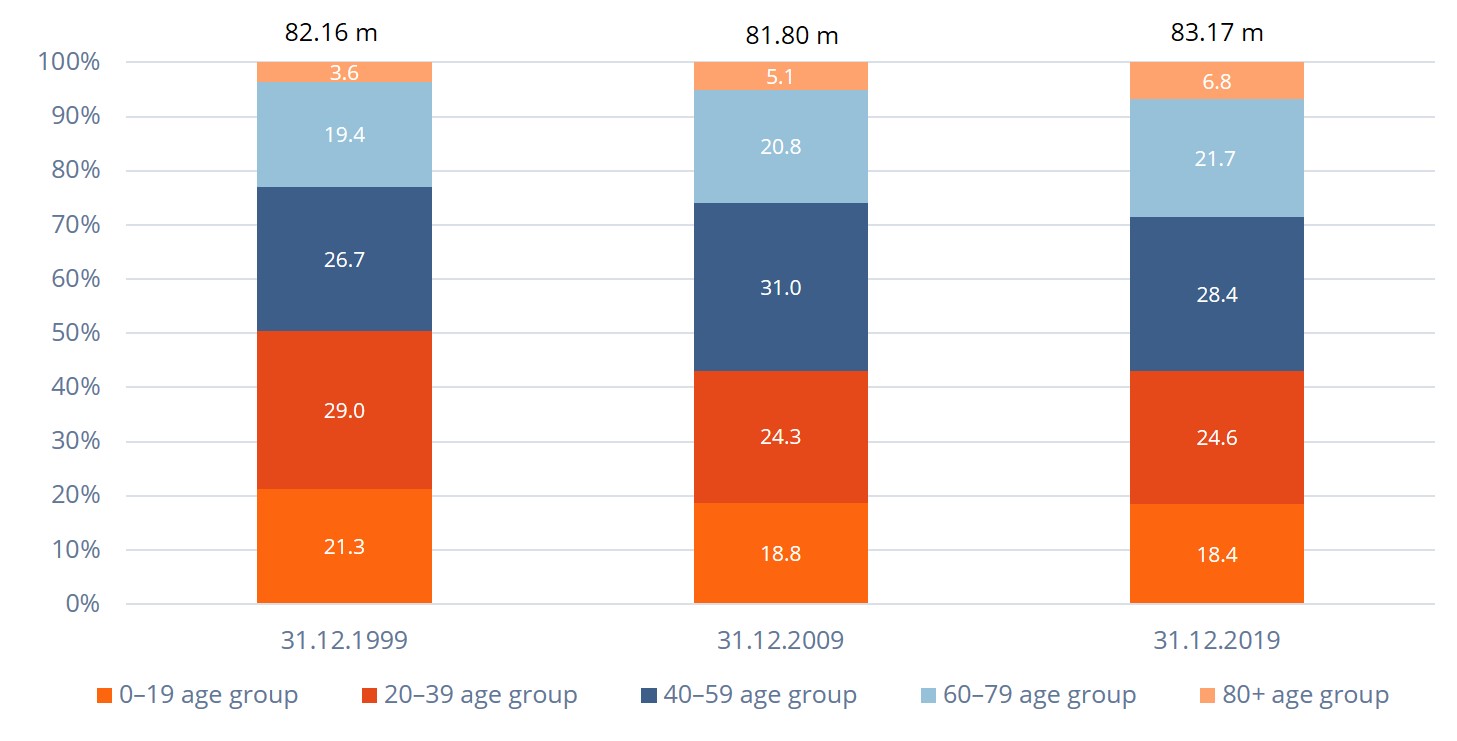 The declining number of young people combined with the growing number of older people is changing Germany's population demographics. As in most industrialised nations, Germany's shifting age structure – caused by declining birth rates and rising life expectancy – poses one of the biggest challenges to domestic social policy. One major effect of the higher than usual immigration levels since 2014 has been to counteract the population decline. Young immigrants have strengthened the young age cohorts whilst also, e.g., helping to bring down the average age of the economically productive population. However, the effect on the ageing of the general population has been minimal.

Long-term outlooks have long predicted trends towards a "shrinking" and "ageing" society in Germany, largely down to a sharp drop in birth rates since the 1960s, continually rising life expectancy rates and the effects of political developments on net migration levels. With immigration exceeding emigration in most years, the number of people moving to Germany has so far counterbalanced the demographic trend for falling birth rates and will continue to be of pivotal importance for the composition of the population in the future.

As with any observation of demographic change, it is important to consider what the future may hold. The coordinated population projections compiled by the national statistical offices, which calculate demographic trends with a relatively long time horizon, are a key resource in this regard. These projections use current population data to illustrate possible developments based on certain assumptions. Key elements are extrapolated to provide insight into potential population trends and include (1) birth rates, (2) life expectancy and (3) migration flows (immigration and emigration). Given that the population in the base year of the 14th coordinated population projection (2019) was dominated one the one hand by increased numbers of younger cohorts and on the other by marked growth in the number of older people, it is expected that future changes in the population size and age structure in Germany could be more moderate than shown in earlier projections.